Nose Bleeds: How To Stop A Nosebleed Fast?

Nose bleeds are often dramatic and frightening, but usually not serious, and are dealt with easily. The majority of people will experience a nosebleed at some time in their life, but they are most common in children age two to ten and adults age fifty to eighty. A bloody nose tends to occur in the morning hours in dry, cold climates and during the winter.

If bleeding follows a head injury, the blood may appear thin and watery. The latter is a very serious sign because it indicates that the skull is fractured and fluid is leaking from around the brain.

Nosebleeds: What causes a Nose to Bleed?

The two types of nose bleeds are classified by whether the bleeding is coming from the front of the nose (Anterior), accounting for 90 percent of all nosebleeds, or the back of the nose (Posterior).

Anterior nose bleeds are easily controlled at home or by a doctor. Posterior nose bleeds tend to occur more often in elderly people and are more complicated, often requiring hospital admission and management by an ear, nose, and throat specialist.

Most nose bleeds are due to some identifiable factor such as allergies, blunt trauma to the nose, trauma inside the nose from such things as nose picking or irritation from a cold or cocaine use, and dry nasal passages from cold, dry air.

If you have an underlying condition such as an inability of the blood to clot; are taking blood-thinning medications or aspirin; have liver disease, abnormal blood vessels or cancers in the nose, you may also experience nosebleeds.

High blood pressure can also contribute to a nose bleed, but won’t likely be the only cause.

Blood can also drip into the back of the throat and be swallowed, causing you to have blood in the mouth or to even vomit blood.

Aim: To maintain an open airway

If you experience a nose bleed, follow the steps below:

After the bleeding has stopped, try to prevent any further irritation such as sneezing or nose blowing for the next twenty-four hours.

For a nose bleed, lean forward and pinch your

nostrils together for ten full minutes!

Don’t use ice packs, because they do not help. If you have dry air in your home, as most people do in the winter, add moisture to the air with a humidifier or vaporizer or nasal gel and saline nasal spray to help keep the nose from drying out.

When to see the doctor?

Hope these simple first aid methods to stop nose bleed might help you when you’re in such trouble and don’t know what to do!

Go to the emergency room if you have repeated episodes of nosebleeds during a short period of time, feel dizzy or light-headed as if you are going to pass out, you have a or any trouble or are spitting up or vomiting blood. 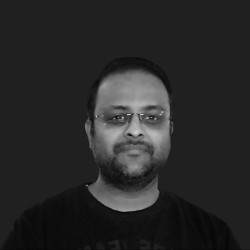